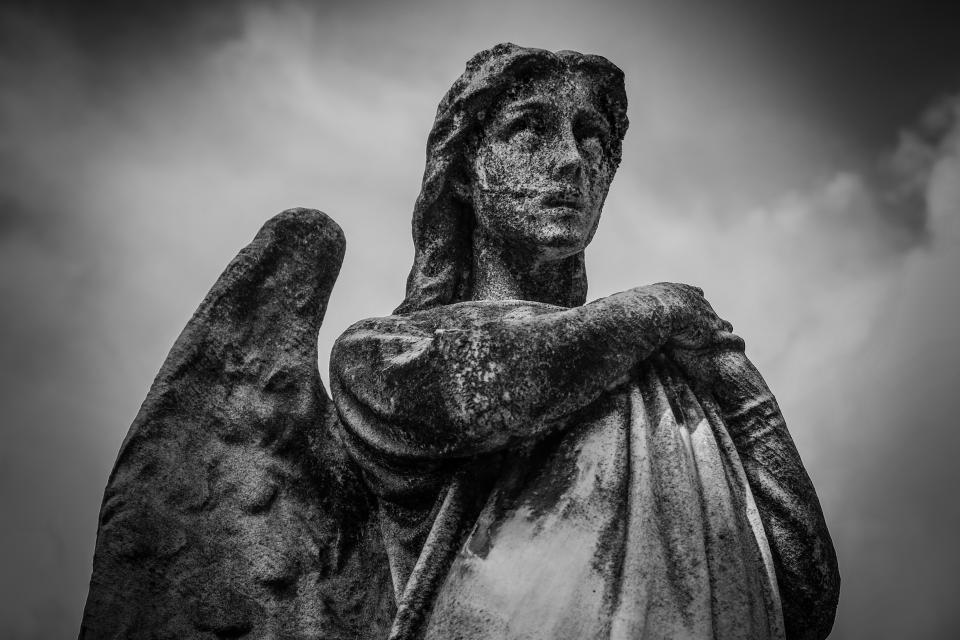 Thomas Wolfe addresses a number of personal and social struggles in his novel Look Homeward, Angel, allowing right and wrong to become the result of perspective and principle.  In this way, the symbolism of angels supports the idea that goodness is relative and that a state of grace is inherent to motivation.  Thus, angels represent the personal human condition as one that is likened to divinity on the precipice of the fall. Wolfe informs the reader within the initial pages as to the trope for reading these signifiers.

For W.O., angels represent “something dark and unspeakable [yet] he never found it.  He never learned to carve an angel’s head” (Wolfe, 1929, p.4).  The angel is at once the spark of passion that allows for self-attenuation, but also the doubt that creates self-debasement and the fall from grace.  The perpetual conflicts that arise all relate back to this point, as balance in spirit is equated with peace and acceptance (Rohan, 2012).  Yet, angels are also the free will that allows for choice.

Angels take on multiple identities to catalyze the arc of the personal stories.  As Eugene later struggles with his own torn emotions involving family and cultural bonds, he recognizes that the seemingly cruel angels are “a song … a star that shines over … us all” (Wolfe, 1929, p. 486).  Eugene sees what is, but also what could be, and this releases him from the shame of exile, and his choice of path returns him to grace (Préher, 2011).  The angels are without but also within self, even when they are not seen.

The symbolism of angels presents a clearer view of the human soul.  Within both, the embodiment of pride and love, hope and loneliness, faith and despair, is always present.  Upon deeper examination, angels become the fear of deserting what is accepted for what is desired.

This symbolism essay sample is designed to show students how this type of paper should be written. WriteMyEssayOnline.com helps countless students with thier writing assignments. With our help, you can become a successful student.