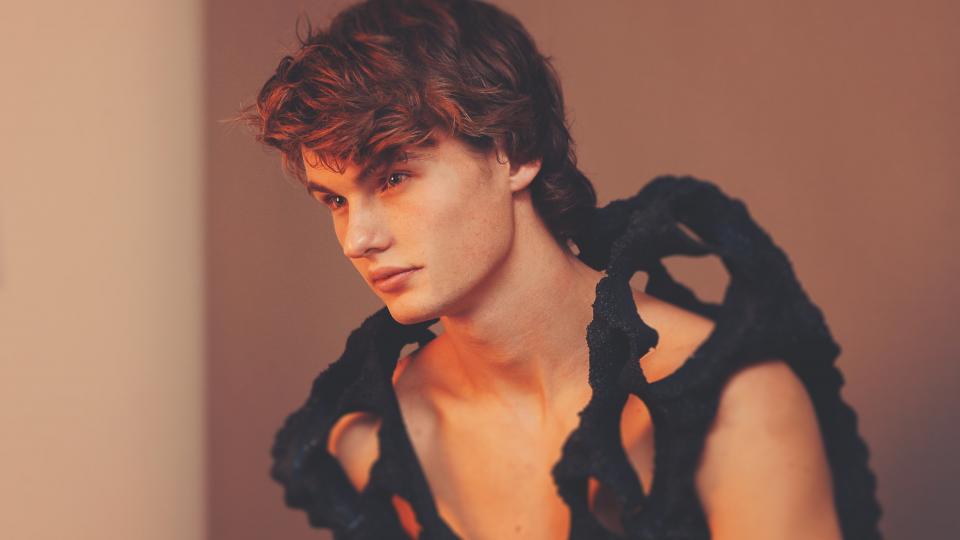 We have prepared a “The Picture of Dorian Gray” essay for you. As an English writer of the late nineteenth and early twentieth centuries, Oscar Wilde, in his intellectual novel, “The Portrait of Dorian Gray,” raises rather complicated philosophical, aesthetic, and moral problems, pondering the relationship and role of beauty and morality in the life of the individual. In Wilde’s novel, there is a mention of the “poison book” that influenced the protagonist so much and pushed him to an immoral way of life, justifying vices. Therefore, perhaps, “The Picture of Dorian Gray” is also such a book, as claimed by many of the contemporaries of Wilde.

There can be arguments for and against this statement. By absolutizing beauty, art, showing the attractiveness of vice, and the bohemian life, the author evokes envy, the desire to imitate, to “try everything.” Therefore, the book is “immoral.” Releasing the beauty of morality, the author shows how such a release affects a person. The portrait is paid to Gray’s deeds – the personification of the soul of the hero. The dirtier the deeds, the more disgusting the soul becomes. In the end, they die together. To know what path Dorian Gray has passed to self-destruction, check out our “The Picture Dorian Gray” essay.

Can beauty be treated as moral or immoral in “The Picture of Dorian Gray? What path has the Dorian Gray passed to self-destruction?

Oscar Wilde’s “The Picture of Dorian Gray” raises a question concerning the balance between the concepts such as morality, beauty, and the narcissism. Not only does this particular work of Wilde questions the necessity of the coexistence of those ideas, but it is observing a relevant issue of the ability to harmoniously combine them in the human nature. The personality of Dorian Grey consists of the goodwill carefully hidden under the desire to fulfill the never-ending need of the pleasure. Wilde’s vision of spirituality and righteousness in “The Picture…” can be interpreted as the obligation to re-establish the balance between the ethics and aesthetics, and refuse to acknowledge the fact that they are mutually exclusive.

The coexistence of two different concepts, that is, ethical decisions and the desire to live a joyful life, in Dorian Gray himself, may be observed as Wilde’s attempt to examine two most contradictory ideological ideas: the human soul which is driven solely by its desire to procreate and reach the most comfortable being, and the soul which is driven by the pure spirituality. Carroll states, that this particular assumption can be interpreted as follows: “Christianity and Darwinism share certain concepts of the human moral and social character, but they couch those concepts in different idioms, and they would invoke wholly different causal explanations for how human nature came to be the way it is” (Carroll 2). The author is incorporating two different understandings of the soul into his analysis of Wilde’s work. He also claims that Wilde did not use the language (Carroll 2), specific to those theories in his works, but he inevitably developed an idea of the human, whose existence is defined by concepts such as both beauty of the soul and the beauty of one’s appearance. The portrait of Dorian Gray, made by a painter Basil Hallward is an embodiment of the idea of the spoiled spirituality, an example of what may happen to a person if he or she would not choose the righteous path. The main idea of Christianity, which is that a person will always be punished for the improper behavior, is expressed by Wilde in this symbolic element. Additionally, the Darwinism (Carroll uses this term not in order to claim that the “Picture…” actually reflects the ideas of this doctrine, but to define the most suitable opposition to the values of the Christianity) is described in the Grey himself, mainly because he has some narcissistic needs and immediately tries to fulfill them, not bothering with the damage that they might do to his troubled soul.

Wilde’s novel reflects the idea of instability and the relatability of morality. As the views of the concepts are likely to change continuously, Gray sees this issue as something not worth being taken into account. The particular episode of “The Picture…” supports the previously stated point: Gray questions the morality and the divinity-driven existence of a person: “Modern morality consists in accepting the standard of one’s age. I consider that for any man of culture to accept the standard of his age is a form of the grossest immorality” (Wilde). The character is expressing the thought that the morality is a relatable idea, which can only exist in the particular context. Wilde disagreed with the point when made Dorian to destroy the portrait to end the ongoing corruption of his soul, which ended up for him in the actual death. The author is making a point that ethics and aesthetics should not be mutually exclusive.

Aestheticism can only be beneficial when accompanied by the morally acceptable behavior. Duggan states that “Rather than an advocate for pure aestheticism, then, Dorian Gray is a cautionary tale in which Wilde illustrates the dangers of the aesthetic philosophy when not practiced with prudence” (Duggan 62). There was previously stated, that Dorian Gray’s path reflects the impossibility to avoid the punishment for choosing the life full of pleasure over the righteousness. Wilde also seems to support the point. He suggests that art and aestheticism, which both were cherished by the fin-de-siècle philosophy (Duggan 61), are undervaluing the morality, and, conclusively, should not be acceptable for a human being. “The Picture of Dorian Gray” shows the peculiarities of the moral corruption of the time, and emphasizes the importance of being fully responsible for the self-destruction. The main character, Dorian Grey, can be observed as a typical fin-de-siècle-personality, who has successfully ruined the sanctity of the moral values. Manganiello states that this person can be described as the one who has to cope with “the consequences of substituting an aesthetic for an ethical conscience” (Manganiello 25). When Dorian Gray literally kills his portrait, and makes the transition from the being an embodiment of the pure beauty to the complete ugliness (which seems to reflect the consequences of his life choices), it becomes clear, that Wilde’s work carries a clear moral message to the reader concerning the importance of the righteousness.

So, Wilde’s “The Picture of Dorian Gray” is criticizing the most vicious flaw of his time: cherishing the beauty of the appearance regardless of receiving punishment for the sinful and morally unacceptable behavior. The primary idea of the novel can be interpreted as follows: the cherishing of the aestheticism has advanced to the state when one cannot observe the consequences of the self-destruction. Wilde does not deny the necessity of the joy, nor does he states that the beauty and the moral values are mutually exclusive. When creating the Dorian Gray’s character, he was criticizing the eagerness of the fin-de-siècle philosophy to deny the possibility of the harmonious coexistence of the morality and joyful living.

As it was previously mentioned, Dorian Gray’s personality can be examined as the reflection of the two contradictory doctrines: Darwinism and Christianity. The author created a picture of both instincts-driven person and the one that is following the divine and moral guidelines. The main character of Wilde reflected those views, and was eager to satisfy all his desires, regardless of the consequences. Wilde sees it as the significant flaw of his time, as in the cherishing of the beauty there is a great ugliness, which the author tries to point out. The understanding of the morality as a relatable and unstable concept is a way to refuse the ethics completely and substitute it with aesthetics. “The Portrait of Dorian Gray” explores the peculiarities of the spoiled soul, which chose a life path full of momentous joy and pleasure. The ending of the novel can be interpreted as Wilde’s way to express his disagreement with the point that was stated earlier by Dorian Gray concerning the obsolete morality. Wilde’s “The Picture of Dorian Gray” observes morality as the way to keep the balance between ethics and aesthetics.

Duggan, Patrick. “The Conflict Between Aestheticism and Morality in Oscar Wilde’s The Picture of Dorian Gray.” Art and Sciences Writing Program, www.bu.edu/writingprogram/journal/past-issues/issue-1/duggan/.