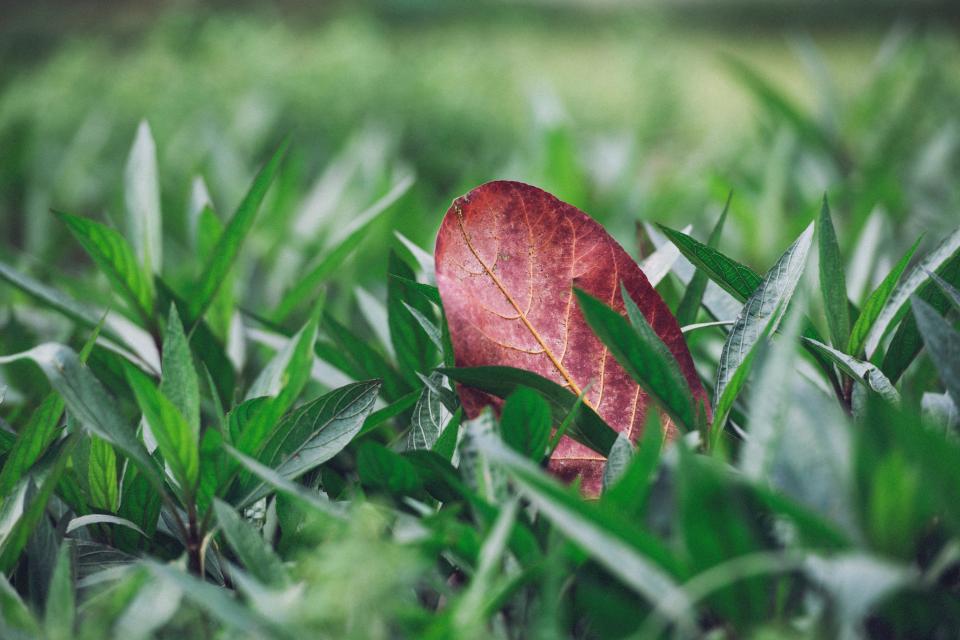 Check out our “Leaves of Grass” essay. Opera was so important to Whitman that he believed it was important to write his collection of poems “Leaves of Grass” which contains hundreds of musician terms as well as composers’ and performers’ names. The main goal for Whitman was to research, discuss, and present his personality. Also, he wanted to praise democracy and the American nation by his achievements and potential.

He wanted to give poetic expressiveness to his thoughts about great mysteries of life – birth, death, and reincarnation. For Whitman, the full “I” is physical and spiritual. “I” is an individuality of a person, his or her particular quality which distinguishes from other people though it can identify with them. “I” is the part of one Divine Soul. Whitman always talks about “I,” but “I” is universal, the part of Divine and therefore it is not egoistic. And this is the leading idea of most poems presented in “Leaves of Grass.” If you want to learn about other ideas, read through the following “Leaves of Grass” essay.

What ideas has Walt Whitman referred to in his “Leaves of the Grass?” What idea is the most leading?

Every American writer intended to bring the novelty into the literature, inventing the new writing style, making up the intricate plot or dwelling upon the critical issues. The point is that Walt Whitman was one of those who managed to create a poetry democratic in its spirit, both in the manner of presentation and themes. The author of “Leaves of Grass” succeeded in portraying a range of ideas, critical for the time of writing, the essential aspects of the American life and people. He wanted to make the work prominent due to the notions of human happiness, individualism, and identity which penetrated every verse.

The first point to make is to state that Walt Whitman became well-known for his ideal use of free verse that also added the uniqueness to his poetry. “Leaves of Grass” sounds not like poetry but like a speech about the surrounding world, the person’s feelings, emotions and daily challenges. Notably, the author’s individual use of language and its exposure contributed to the better understanding of the primary concerns, to the simple words that made the high literature closer to the average reader. In such a way it was easier to cover the problems of personality, to disclose the ideas of life and death, claiming that between them there are transcendentalism and mystical conditions.

Walt Whitman was the representative of the transcendentalists who believed in the higher states of the human body and soul. “Leaves of Grass” dwells upon the ability of the person to understand the essence crossing the borders of the reality and common feelings. The author admitted that to grasp the universal truth, one has to be a complex individual, who can analyze one’s inner and outer worlds. “All beauty comes from beautiful blood and a beautiful brain”(Whitman 63). One of the main ideas is praising the phenomenon of individuality since only learning about yourself the person may comprehend the environment and its members. In other words, the poetry aims to show the triumph of the personality, the constant need for learning about the human nature and its aspects. What is more, the author views the complete person as the unity of them with the environment. The full harmony between the live creatures, landscapes, and people ends in the setting of order in the whole world, the elimination of chaos.

It has to be said that in “Leaves of Grass” the author very often claims about the importance of self but this self is not about the person separately, mainly it is “I” in connection with others. Many readers very often judge Whitman for such considerable concentration on the person’s identity that it seems rather egotistical. “I celebrate myself, and sing myself, and what I assume you shall assume, For every atom belonging to me as good belongs to you” (Whitman 52). Still, he admits that the human nature is about physical and spiritual, that it is crucial for differentiating yourself from the rest of the world, for realizing one’s uniqueness. Moreover, Whitman claimed about the importance to create the democratic society in which everybody is individual but at the same time equal in its manifestations. “Touch me, touch the palm of your hand to my body as I pass, Be not afraid of my body”(Whitman 131).

As it was mentioned above, the body is the link to the soul, and the author always emphasized the importance to be close to others, not considering the body as something wrong and blatant. The body helps to experience the world, and it allows to touch the beauty, to feel the presence of others and to make the proper conclusions from it.

One of the leading ideas is the idea of the human life being interpreted as a circle. In general, the author calls for the beauty of life, for the constant growth and development, the importance of move and action. “I am satisfied … I see, dance, laugh, sing”(Whitman 54). The life of the humanity he views as the circle of the stages, namely the birth, their aging and finally death. Still, Whitman does not state that the death is the end, it is an integral part of everybody’s life. It is exciting, but Walt Whitman proposes the idea of describing the nature as the human life and emotions. To be more precise, he supposes the dying of the flowers in winter as the death of people during the times of the Civil War but their rebirth in the postwar period as the rebirth of the flowers in spring. In such a way, the reader may notice the mystical approach the author puts into the main ideas. In other words, he speaks about the unexplained unity of man and god, person and nature, man and in general, the universe(Conrad 154). The mysticism helps to realize one’s thoughts deeper, to come out from the borders of one’s imagination and consciousness to awake in the new perspective and environment, to understand the objects not comprehensible earlier. Mysticism is a tool for leaving the zone of comfort and seeing the world differently, from another angle.

Walt Whitman was somewhat positive about the humankind, he believed that every person is individual in its own way and has to find this uniqueness during the life. Mainly, the author aimed to ensure that everybody is born for the particular goal and everybody has its place. The essential part is loving yourself, accepting your brain and body to feel the joy of living. In other words, one of the most critical ideas in his “Leaves of Grass” is the human self-reliance. To be specific, the person has enough power to act and be acknowledged, all of the people need to struggle for finding their call in life and the harmony with their inner spirit. Self-reliance lied in being concentrated on the feelings and emotions, in searching for the application of one’s abilities. “I am larger, better than I thought; I did not know I held so much goodness. All seems beautiful to me. Whoever denies me, it shall not trouble me; Whoever accepts me, he or she shall be blessed and shall bless me”(Whitman 185). What is more, Whitman applies the word “personalism” while claiming about the existence of the community and individual in the perfect democratic society. Every person is given a soul after the birth and living in the world, the soul develops, changes and transforms. To be closer to God, one has to become somebody,  to find one’s self and then to realize the higher states. All in all, according to Walt Whitman the life is a circle, and the person’s task is to follow the ring while being fused with the community without losing the unique face. Otherwise, the individual experiences the dead end and it is not the death but even worse, the inability to be the visible part of the world, capable of expressing and feeling everything.

Furthermore, Whitman always claimed about the significant power of democracy in the life of the community and the person. “Leaves of Grass” is penetrated with the idea of the democratic way of life in all its manifestations what leads to the common harmony and peace. Mainly, the author believed that the democracy in the world results in the respect and tolerance of every individual. The essential aspect is being true to yourself and not forgetting that nature and universe contribute to the development of the complete “self.”

Walt Whitman attempts to find the order in the human soul in the world of war and inconsistency. He uses the free verse to show that the literature does not have any borders and only the flow of speech, the simple words and expressions may end in the close relationships between the reader and the writer, in the creation of the direct link between the main ideas and person’s perception of the world.

To sum up, Walt Whitman put the range of essential ideas into his “Leaves of grass’, namely it concerns the issues of individuality, the universe, and personal identity. The attentive and deep reader will succeed in comprehending all the aspects, presented in verse libre. The initial aim is to evoke the profound feelings of human importance in the world where everybody is equal and unique.

If you like this post, check out also other samples on our site. WriteMyEssayOnline is the website that writes essay for you where you can find professional writing help. Share your requirements with us and our writers will complete a paper that you need!