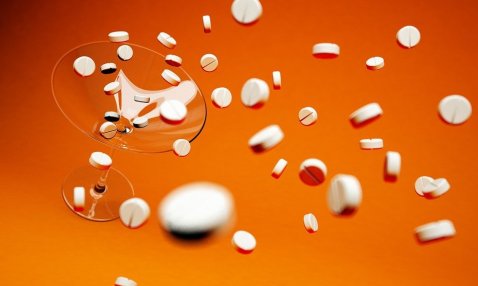 Photo by dertrick on Pixabay

This essay is aimed to explain the impact of drug dealing on the economy using simple macroeconomic logic. While this paper elaborates on the effects of drug dealing on key economic areas, including labour force productivity, economic output, savings and investment, trade and balance of payments and inflation, the evidence provided in this essay propounds the notion that overall illicit drug dealing would negatively affect the economy.

According to the US National and Drug Control Policy (2011), drug dealing is rather costly for the economy and creates a significant burden on the workplace and the community. The statistical data suggests that based on the last estimate of 2007, the economic cost for the US economy amounts to $120 billion in decreased labour force productivity, mainly related to lower participation rates, incarceration or early death (US National and Drug Control Policy, 2011). According to a recent study, 8% of the US population have used or keep using illicit drugs, and in addition drug users were twice as likely to be unemployed (Henkel, 2011).

Surprisingly or not, the impact of illicit drug dealing on the balance of payments and balance of trade could also be positive (Economic and social consequences of drug abuse and illicit trafficking, 1998). In terms of the country exporting the drugs, exports of drugs generate significant inflow of foreign exchange and capital, and yet the latter is often associated with increased private savings that generate less profitable investments.

Despite having little effect on inflation in most economies, some reports provide confirmatory evidence that drug dealing has increased inflation rate in countries such as Afghanistan and Bolivia (Felbab‐Brown, 2005).

To conclude, the evidence gathered in this essay clearly suggests that it is no easy task to quantify the effects of drug dealing on the economy. This work provides ample support to the fact that the overall effect of drug dealing is unfavourable.

How Illicit Drug Use Affects Business and the Economy. (2011). Office of National Drug Control Policy, Executive Office Of The President.

This essay on drugs can be the sample that you will use to write your own paper. It is hard to find an essay example that will be of high quality, but our site offers only top-notch samples. Our high-scoring essays are presented only for viewing. You can’t present them as papers that you wrote. If you are writing your own essay, we suggest to answer the prompt yourself and them compare your paper to the sample presented here. Does your essay work?

If not, there are also other solutions for your writing problem presented on our site. Check out our offers and give yourself a chance to succeed in your study.