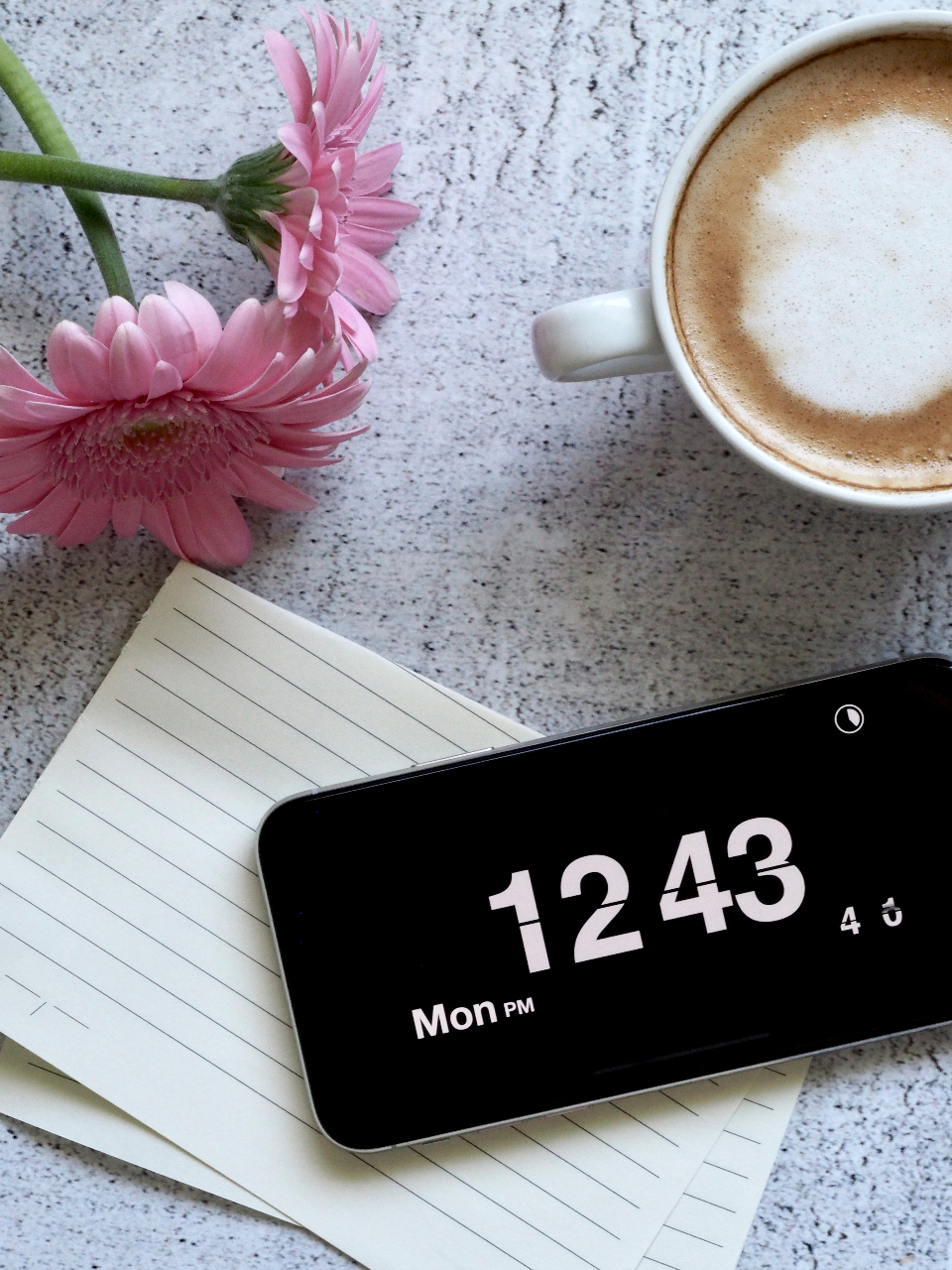 The following “Aeneid” essay demonstrates that this poem is written, so to speak, in two plans. The actions of people and events are substantiated in it in two ways: either by intervention of gods, main or small (winds, nymphs, etc.), or by natural causes – the considerations and desires of people. It can be said that “Aeneid” would have only benefited if Virgil had decided on a bold and radical step – breaking the epic tradition, to exclude the intervention of individual gods in particular events – and would have granted Aeneas the role of the first unifier of Italy and the founder of the great Roman power.

We should admit that from the very first verses Virgil presents difficult relationships between humans and gods. We can also see that the best human features are like those that Aeneas has. His refusal to leave the burning Troy, abandoning his father, his attempts to keep the ghost of Kreusa, his stubborn desire to enter the realm of the dead for his last day with his father, and even an outburst of anger and a desire to revenge Turna for the death of Pallant – all these are the features of a human. But how can gods be compared to humans? The answer to this question you will find in the following “Aeneid” essay.

What relationships does humans and gods have in “Aeneid?” Can gods be compared to humans?

The Aeneid by Virgil is one of the most famous epics, which is left by Western antiquity to the history of world’s literature. The plot of the story unfolds around the journey of Aeneas and other exiles from Troy to the shores of Italy, where, according to fate, the protagonist must establish a large city that will exist for centuries. So, the epic of Virgil can be perceived as a political text, because the Aeneid glorifies and legitimizes Rome. At the same time, in addition to Trojans and people, whom the heroes meet on their way, the gods of Olympus take an active part in the development of the plot. The presence of their intervention, their interest in the successful/failed mission of Aeneas on the founding of Rome is so noticeable that the reader of the epic must take into account this fact and analyze the role of the gods in the plot and the fate of the heroes.

In order to understand the role of the gods in the Aeneid, it must be remembered that the Greeks and Romans were religious people, who developed their religious views extensively and created various cults. Since there were a large number of gods on Olympus, each person could choose their own “patron,” to whom they would pray and make a sacrifice. Thus, different people chose different gods to be their patron because of the professional activities, family traditions and the like. It is important to understand that every god was a patron of a certain activity, and the strongest among them was Jupiter, who was often identified with fate. Thus, even in Aeneid, the reader observes the dispute between Venus and Juno and how this fight influences the path of adventures of the Trojans. However, it should be understood that it is clear to the goddesses, Trojans and the reader that Aeneas will get to Italy because this is the will of Jupiter: “Daughter, dismiss thy fears; to thy desire/The fates of thine are fix’d, and stand entire” (Virgil 1. 350-1),

Thy son (nor is th’ appointed season far)
In Italy shall wage successful war,
Shall tame fierce nations in the bloody field,
And sov’reign laws impose, and cities build,
Till, after ev’ry foe subdued, the sun
Thrice thro’ the signs his annual race shall run:
This is his time prefix’d. Ascanius then. (Virgil 1. 358-64)

This position of Jupiter and the fact that the parties of Juno and Venus can only hamper, postpone the arrival of the Trojans in Italy signals that the inhabitants of antiquity perceived the concept and role of fate extremely serious.

The primary gods who actively communicate with people and continuously interfere during the journey are Juno and Venus. Virgil gives enough explanations why the goddesses are so interested in a successful/unsuccessful mission. Thus, Venus is the mother of Aeneas: “Another queen brings forth another brand,/To burn with foreign fires another land!/A second Paris, diff’ring but in name,/Shall fire his country with a second flame (Virgil 7. 445-8)”. Juno is the main protagonist, because: “Carthage the name; belov’d by Juno more/Than her own Argos, or the Samian shore./Here stood her chariot; here, if Heav’n were kind,/ The seat of awful empire she design’d” (Virgil 1. 23-6), “Besides, long causes working in her mind,/And secret seeds of envy, lay behind;/Deep graven in her heart the doom remain’d/Of partial Paris, and her form disdain’d” (Virgil 1. 36-9). Of course, it is important to remember that in the epic there are also such gods as Neptune, Cupid, Aeolus, and others. However, they arise mainly at the request of Juno or Venus.

The dispute between the goddesses and the ways by which they force other gods to participate in the travel of the Trojans show that at the time of writing the poem, between 29 and 19 BC (Gaskell 161), the inhabitants of Greece and Italy could afford to represent the gods not only anthropic physically, but also with a character that can be seen in ordinary people around. That is why the gods in the Aeneid are envy, build intrigues, do not obey the orders of Jupiter. In such an equating of the gods to ordinary people, one can see the end of the religious fear of antiquity before the gods, but at the same time, this freedom to depict the gods as much as possible to resemble people only emphasizes how much everything in antiquity fulfilled the orders of fate (Sellar 83). Thus, the Aeneid is filled with a mix of religious and political views of people and Virgil who lived in The Augustan Age.

Throughout the entire text of the Aeneid, the reader observes not only the dispute between the goddesses and their intercourse with other gods but also how the gods communicate with people either directly or indirectly. Although Venus talks with his son, showing how close they are, the epic contains the places where Aeneas prays to Jupiter to save his fleet. This scene shows that although the border between gods and people has blurred and become ghostly, people recognize the existence of fate and Jupiter (Woodworth 113), and, therefore, Aeneas refers to him as to a referee and an all-powerful god.

Although Aeneas never once challenged Juno with words or actions, the goddess perceives of all his actions as evil and disobedience, which must be punished, but at the same time, she realizes that Aeneas fulfills the will of Jupiter, and, therefore, all her attempts to prevent the founding of Rome are powerless. So, the gods enter into various contacts with people, which indicates that Virgil could afford to portray the gods as envious, wretched and evil. At the same time, such a number of gods and their influence may indicate that the reader needs to perceive the Aeneid as an epic dedicated to the gods and their quarrels (Williams 130) even more than as a story about the founding of Rome. Thus, the Aeneid is a story of brave Trojans who try to reach their goal to fulfill their fate with active help and interruption of gods lead by Venus and Juno.

The gods play a leading and often crucial role in the travel of Aeneas in particular and the Aeneid in general. It is precisely because of the will of Jupiter with the help of Venus that Aeneas reaches the shores of Italy, although Juno in various ways tried to prevent the Trojans from carrying out their mission. In addition to describing the interventions, Virgil explains the motives of the goddesses and their ways to find the support of other gods and to win over Jupiter to their side. Such approach to describing characters and events helps to depict the gods not as extras or as a superior force that looks at events from above, but as active heroes of the epic, who with their characters and intrigues remind humans.

Don’t feel guilty if you don’t know how to write your essay. If you are faced with writing difficulties, leave your assignment to WriteMyEssayOnline!